Since it’s been one year of Iron Cupcake I thought I would look back across all of my 11 entries. I already know that my cupcake skills have improved drastically.
- 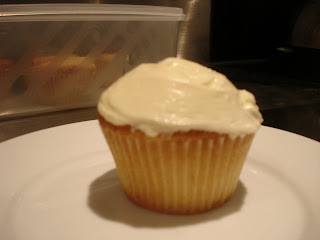 -
This was my first entry: Strawberry and White Chocolate. I came in third. I didn’t have a carrier so I had to ice them when I got to the Barrowboy. The theme was chocolate. They were good and massive!
-
Read More 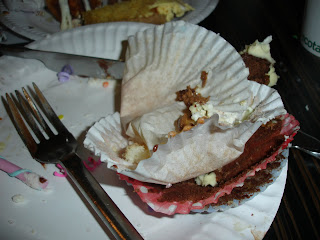 -
Last night was Iron Cupcake London XI: Celebration! It has been one year since Iron Cupcake started and this is my 11th entry (there was no competition in May hence only 11 challenges).
-
It was a great night as usual and there weren’t as many entries as last time but they were all quality cupcakes which sometimes is better than quantity.
-
Read More 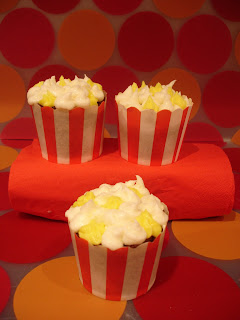 -
I bought these cute little cases from the US so I decided to make popcorn cupcakes for Iron Cupcake XI: Celebration. It’s hard to see the texture of the “popcorn” in the photo but it looks really good in person.
-
This is my second entry for this Iron Cupcake. I usually only make one entry but I really wanted to make minis decorated with chocolate butterflies but that failed miserably. I’d already made the minis so rather than let them go to waste I’m submitting them with a simple decoration. I am really pleased with these popcorn cupcakes. They came out really cute.
-
Read More 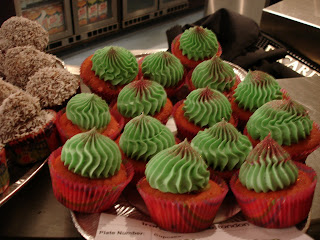 -
The latest Iron Cupcake was great. There were a lot of creative entries this time and after entering a whopping 10 times I finally won! I’m the only baker that’s entered every time! For more photos (professional) and a in depth analysis visit Samantha’s page. She does an amazing job organizing each month.
Read More 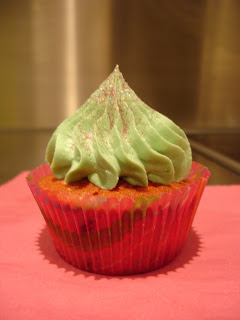 -
The theme for this Iron Cupcake is fruit! I try really hard each time to come up with an original idea or at least an idea I think that no one else will have.
-

I decided to make watermelon cupcakes this time and I’m keeping my fingers crossed that no one else has the same idea! I decided to make vanilla chocolate chip cupcakes colored pink to represent the inside. To add more flavor I filled them with melon pudding and topped it off with watermelon buttercream.