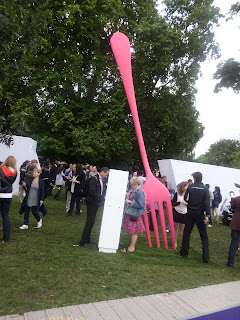 I went to Taste of London 2011 on Thursday night. I feel like such a chump for going on Saturday afternoon all the previous years. Thursday was way more relaxed and a lot less crowded. I got £20 worth of crowns with my ticket and this was more than enough to fill me up. I looked at the menu on line before I went and decided how to spend my crowns. I would never be able to decide once I got there. I made sure to chose restaurants I hadn’t been to the last time. A few of the restaurants had the exact same dishes on the menu as the previous year.
I’ve lost track of how many times I’ve been to Taste of London now but I still enjoy going as I don’t spend a lot of money on fine dining in London. We tend to only go out for special occasions and I cook at home the rest of the time.
I arrived just before six and while I waited for my friend to arrive I wandered around all of the stalls first which was a great idea as there was no one looking around. 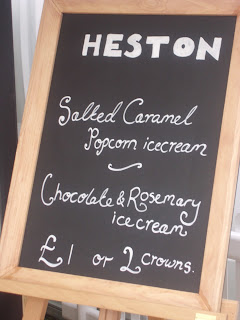 Heston Salted Caramel Popcorn Ice Cream. I enjoyed this a lot (but I love ice cream and already have my ticket for Sundae on the Common) and depending how much it is in Waitrose would be tempted to buy it again. 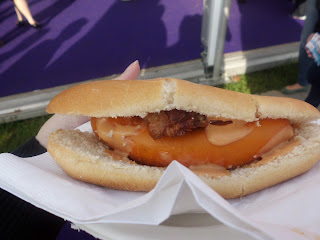 First dish was the Top Dog Deluxe from Gauthier Soho. I enjoyed this. Not too many hot dogs around in London (unless you want food poisoning from the guy that sells them near the night bus). 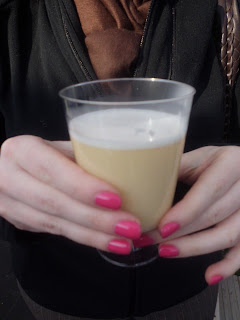 My friend chose a White Tomato Soup from Rhodes. It was some of the best tomato soup I’ve ever had. It had flavor which a lot of tomato soup seems to lack. 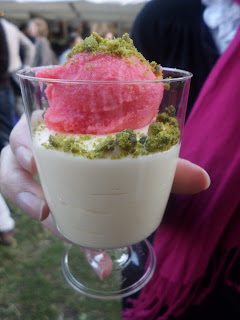 Amedei White Chocolate Mousse, water melon sorbet and fresh pistachio topping at Refettorio. I loved this. it was amazing as it looks. 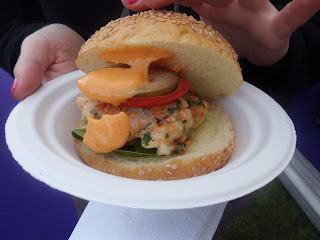 Shrimp and Scallop burger at Scott’s. My friend said it was excellent. 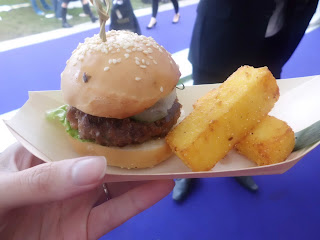 This was one of my favorite’s of the night from L’Etranger. The Icon Wagyu Beef Burger with Black Truffle and Cantal Cheese sauce served with a Parmesan Polenta Sumo Chip. The dish was so hot I nearly burned my mouth. 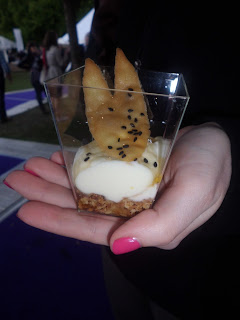 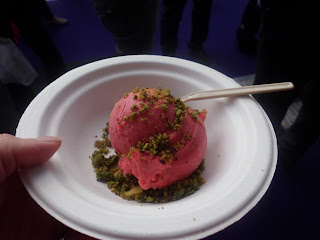 A very large scoop of Raspberry and Rose sorbet from The Modern Pantry. The menu says with candied rose petals but it was topped with pistachios (which I like better anyway). 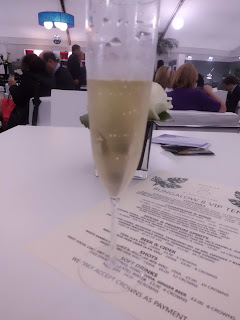 We finished the evening off with a cold glass of champagne. Really great night and we nearly made it home without getting rained on. Two minutes from the station there was a torrential downpour of course!

If you’re going to Taste this weekend Enjoy! I recommend all the dishes we ate.

-
I love food shows. I try to get to all the ones that come to London each year. I love looking for new, different and interesting food. I took lots of photos while at Masterchef. Click here to see them all.
- 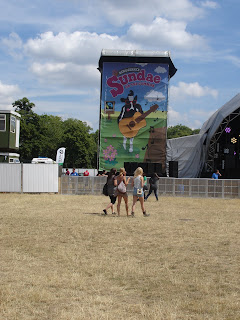 -
I have  three great food loves, cupcakes, tea and ice cream! This is the third time I’ve been to Sundae on The Common and once again I ate too much ice cream and went home feeling a little sick.
-
It’s an annual Ben & Jerry’s Festival on Clapham Common. There is a big focus on fair trade and making the ice cream carbon neutral.
-
Read More 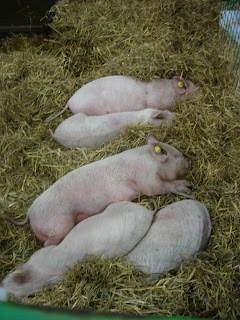 -
This is the 3rd year the Real Food Festival has come to town and I have been lucky enough to have gone every year!
-
The Real Food Festival in simplified terms is a giant farmers market. It celebrates the little guy! Small producers, small businesses and farmers from the UK. The best part I think are that each stand offers a small taste of what they’re selling.
Read More