This is the first recipe I made from One More Slice. Click here to read my review of the book. I must be turning British because after nearly nine years I am finally tempted by a good crumble.The recipe calls for just blueberries but I threw some blackberries in there just for fun.

I’m sometimes hesitant about crumble topping with oats as they can get a bit soggy and chewy. This topping was lovely and crisp. We are the whole tray in two days. I loved the addition of poppy seeds to the fruit. Makes it a little different than just a standard crumble.

Ingredients
250g unsalted butter, cold
150g light brown sugar
175g plain flour
25g poppy seeds
150g oatmeal (After I made this I figured out she’d meant like a bowl of oatmeal. I threw in 100g of oats instead)

2. In a small bowl cut the butter into small cubes and rub together with the brown sugar and flour until crumbly. Mix in the oats and poppy seeds and toss gently with your hands or spatula.

3. In a separate bowl mix the berries with the sugar and cornflour and pour into a oven safe dish.
-

4. Spread the topping over the berries and bake for about 25 minutes.

I served mine warm with some white chocolate ice cream! I scooped it straight from the pan onto the plate to quickly snap a photo as you can see from the melting ice cream.

There’s still time to enter and win a copy of One More Slice! Enter here. 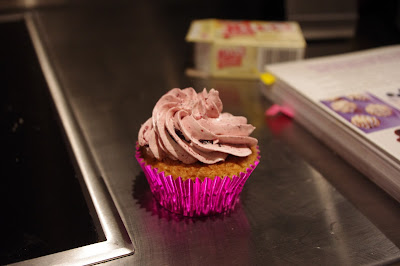 -
I’m taking a brief break from the yogurt for a day. At work they actually trusted me to be a buddy to one of the graduates and his first year is already up. He moves to another team for a year but he’s still stuck with me as his buddy. I promised him a batch of cupcakes for his “leaving” cakes.
-
Read More 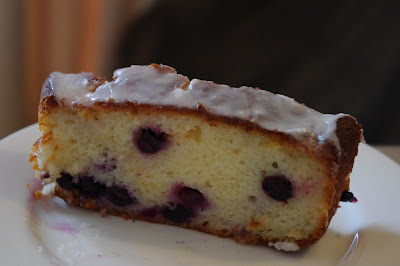 -
I decided to use some more of my Greek yogurt to make a pound cake. The yogurt makes it incredibly moist and I added extra lemon for a nice zing.
-
Read More 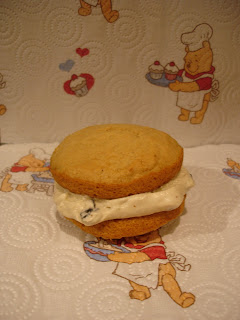 -
I was perusing the Martha Stewart website yesterday and thought these looked really good! I substituted the raspberries with blueberries. Once I had tasted one I felt that the lemon was a secondary ingredient to the brown sugar.
-