Cute pumpkin patch of vanilla cupcakes! These would make a great addition to any Halloween party. 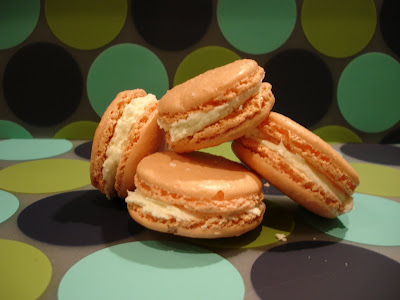 -
I love macarons. They are all the rage right now but they are also very hard to make and it’s fun to find a new challenge and master it. They also taste really good! I’ve read about what other people are guessing the next big trend will be. I haven’t seen anything really exciting just yet. I’m keeping my fingers crossed that it’s going to be elaborate three layer cakes or something crazy like one dessert stuffed into another dessert (like the brookie, my friend Sophia spotted this).
-
This is the third time I’ve made macaroons and I think this is my best result so far. My first attempt came out a little chewy (but not bad) and the second pretty good.
Read More

The Best Ever Orange Cake 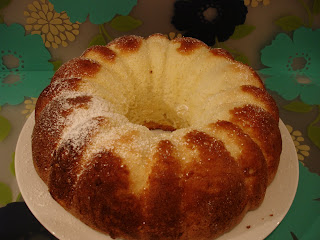 I made a very large roast chicken and all the trimmings for Easter lunch today and this light fluffy orange cake was perfect for after.

I got this recipe from “McCall’s Cooking School” Cookbook. I bought it at a used book event at the mall in Pittsburgh. It’s not quite angel food cake as it has egg yolks but it is very light. Make sure to separate the egg whites and egg yolks into separate bowls. 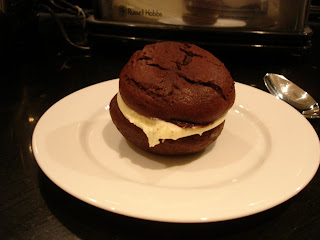 I happened to be walking by the new Hummingbird in Wardour Street so I thought since I’m investigating whoopie pies in London I should try one. 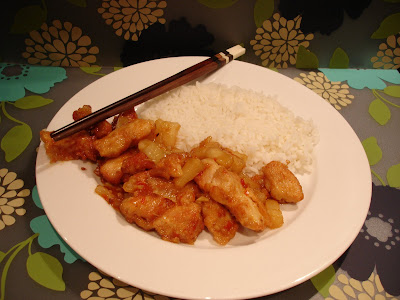 My brother and sister in law gave me a Chinese cook book for Christmas “Ching’s Chinese Food in Minutes”. I don’t own a wok and I don’t have a gas stove but it is possible to make most of the recipes in the book (Ching says you can’t but I did anyway). 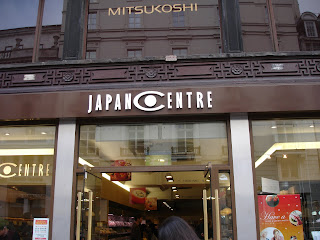 -
I love the Japan Centre in Piccadilly. It has a lot of great Japanese candy, cooking supplies, fresh sushi, hot food and bakery. It’s my favorite Asian supermarket in London. I am going to go and try the fresh food selection.
Read More 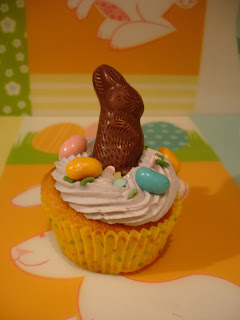 -
I bought some Easter candy and thought I should put it to good use!
Read More 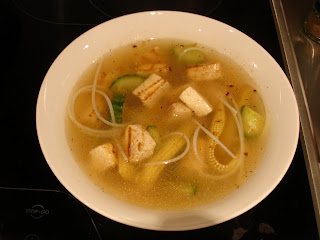 This soup is really easy to make, healthy and very filling.