I made these “fairy” cakes after attending the launch party for Peyton & Byrne British Baking. Fairy cakes are the British equivalent of American cupcakes. A fairy cake is smaller in size and traditionally has a glaze with some sprinkles (hundreds and thousands) on top.

The chapter in the book is called fairy cakes and in the Peyton & Byrne cafe they are also sold as fairy cakes (as that is the traditional British name) but they are the size of a cupcake.

I made mine fairy cake size as I haven’t posted any yet and Dr. Oetker sent me some fairy cake cases. They were very cute but not very greaseproof (maybe I shouldn’t have used them for chocolate cake). I love the mini-mini marshmallows. I use them all the time for sweet potato bakes.

2. In a large bowl, cream together the butter, granulated sugar and brown sugar until fluffy. Add the eggs one at a time beating well after each addition.

3. Fold in the melted chocolate. Sift in the flour and baking soda and stir into the butter mixture. Add the vanilla and buttermilk and stir until incorporated.

4. Fill each cup three-quarters full and bake for 15 minutes until springy to the touch. Place on a cooling rack.

5. Make the frosting by melting the chocolate in a double boiler. In a small bow, dissolve the cocoa powder in the 2 tablespoons of boiling water. Stir into the melted chocolate.
6. In a large bowl cream together the butter, icing sugar, vanilla and salt. Mix in the melted chocolate until fluffy, about 3 minutes.
Read More 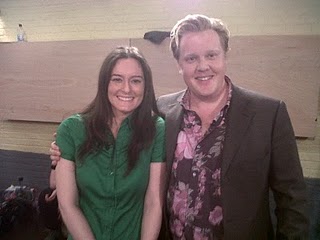 Don’t forget that I’ll be appearing on Market Kitchen Big Adventure this Wednesday, March 30th. If you live in the UK you can catch it on Good Food Channel 249 at 7pm or Channel 250 at 8pm.

I’m wearing a green shirt and sitting near Matt’s hob. I don’t say much and sit there and smile a lot. Don’t make fun of me too much!

Check out my round up here.

The March 2011 Daring Baker’s Challenge was hosted by Ria of Ria’s Collection and Jamie of Life’s a Feast. Ria and Jamie challenged The Daring Bakers to bake a yeasted Meringue Coffee Cake.

This has been my favorite challenge so far. Yeast is usually my nemesis but I did really well this time and it came out like bread should!

I filled mine with chocolate chips, cinnamon chips and walnuts.

1. Start the dough by mixing 1 1/2 cups flour, the sugar, salt and yeast.
2. In a saucepan heat the milk, water and butter until the butter is melted. With an electric mixer on low speed gradually pour in the warm milk and mix for 2 minutes. Add the eggs, 1 cup of flour and beat for 2 more minutes.

3. Using a wooden spoon stir in the remaining flour to make a dough that sticks together. Turn onto a floured surface and knead for 8-10 minutes until the dough is soft, smooth and elastic. I had to add about another cup of flour as I was kneading.

4. Place the dough in a lightly greased bowl (with vegetable oil) and cover with cling film and a tea towel for 45-60 minutes. The dough should double in size.

5. While the dough is rising make the filling by mixing the different chips and sugar in a small bowl and chopping the walnuts.
6. Make the meringue in a medium sized bowl by whipping the egg whites on medium high speed. Add in the salt and vanilla. Slowly add in the sugar until stiff peaks form.

7. Remove half of the dough and roll it out on a lightly floured surface into a rectangle.

9. Roll the dough like a jellyroll from the longer side and transfer to a non stick cookie sheet. (the directions say to make this a ring and seal it together but I made one big ring using both half’s). Repeat with the remaining dough and seal the ends with the other half and make a ring.
10. Using a sharp knife make cuts along the outside edge at one inch intervals. Cover with cling film and let rise for 45-60 minutes. Brush with the egg wash.

11. Preheat oven to 350 F/180 C and bake for 25-30 minutes until risen and golden brown. It should sound hollow when tapped. Drizzle the top with some melted chocolate.
Read More 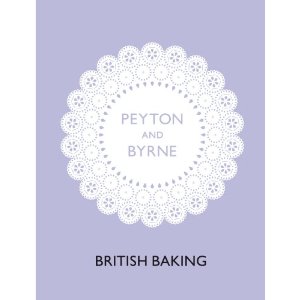 A few nights ago I was lucky enough to be at the book launch for Peyton & Byrne British Baking. I haven’t been to a book party before so I was pretty excited! It combined a lot of awesome things: baking books, champagne and eating! No great food event is complete until I’ve eaten so much that I feel just a little bit sick by the time I leave.

It was in the beautiful Daunt bookstore in Marylebone. I’m so glad that I went. I usually go to baking/cake events on my own and while it’s hard since I’m a little shy I do end up meeting and chatting to people that I wouldn’t if I’d gone with a group of friends. I met some really great people this time. It’s nice to spend time with people that aren’t accountants!

I met Nick and Alexis from Food Network UK. Fascinating talking to them about what shows are popular in the UK vs the US. I went out for a drink afterward with a few other women that I met while there. They were so nice and all had such fascinating jobs.

Mural of bunnies in the children’s section.

I can honestly say that Oliver was so nice and generous. The book is really great. Lots of really stunning pictures, the recipes have good instructions and are all British. It’s definitely the kind of book that you’ll keep forever. Really looking forward to baking from here as I’m trying to expand my baking knowledge.
He served up some canape sized portions of desserts, some of which are in the book!
-

Millionaire Shortbread. So good and so rich!

My favorite of the evening, little Banoffee Tarts

My second favorite, Choux Pastry.
-
Enormous thanks to Oliver for letting me come. I bought the book that evening and made the chocolate cupcakes tonight so check back in a few days for those!
Read More

It’s my one year blogiversary today! Nearly 200 posts in one year! I can’t believe it’s been a year already. It’s been a blast.

To celebrate, inspired by the new cake pops at Starbucks I decided to make my own cake pops. The one I had was nice but had too much frosting mixed into the cake.

I made some really simple Easter cake pops with lemon cake. This is something that anyone can make. You don’t have to be a baker or expert decorator (for you fabulous artistic types check out April’s Nun Pops). I’ve just used some fun Easter sprinkles and some really bright yellow candy melts.

I went all the way to Gloucester Road to Partridges to get this cake mix (It’s probably in my head but I like the US ones better than the UK ones). I definitely think that cake mix has it’s time and place and for cake pops I give it the thumbs up. Especially as I’m still learning. I’d like to be able to make them a little more smooth looking next time. You can of course make any cake and frosting that you like for cake pops as well. I had fun making these so I think it’s time I get a Cake Pop book. Not sure I can wait all the way till June for this to be published though!
-

As a quick aside, the day I had my laser eye surgery I came home to this from Dr. Oetker! It certainly cheered me up.

I haven’t decided what to make yet with all my goodies but I am in love with this little green egg timer.
Lemon Cake Pops
Ingredients
1 box Lemon Cake Mix
1 can Lemon Frosting
1 bag yellow candy melts
Vegetable Oil
Easter Sprinkles
Lollipop sticks
1. Make the cake mix according to the directions on the box and leave to cool completely.

2. Once the cake is cool crumble it to small uniform crumbs using a fork. Stir in half of the can of frosting and combine until sticky enough to form balls. Stir in a scoop of frosting more at a time as needed. Don’t add to much or the cake will go soggy.

3. Using a cookie scoop take two rounds of dough and form into a smooth round ball. Place on a cookie sheet and chill until very firm.

4. Place candy melts in a microwave safe bowl and heat for 30 seconds at a time stirring in between until melted. If you find the candy melts to thick for dipping add a tablespoon of vegetable oil at a time. Don’t go too thin though.
5. Take a Lolly stick and dip a small dab of candy melts on the end and stick it in the cake. Dip into the candy melts covering all the cake. Gently shake off any excess and cover with the sprinkles you’ll be using. The chocolate will start to dry quickly! Place in any make shift holder you can find to dry.

6. Store in an air tight container when all pops are dry. They also freeze well.